Coloradans love the outdoors, and one way to make the most of the summer months is to attend the festivals and fairs taking place around the state. There is a flavor for everyone from fine art to food and spirits to music and dancing of every type. Here, we highlight five fun events—some are new, some have been around for more than a century, and are all worth checking out.

Escaping to the mountains for the summer is always a treat, and the world-class Vail Dance Festival is the perfect excuse to do so. For its 34th annual offering this year, the festival will feature 12 performances and more than 55 additional events sprinkled throughout Vail, Beaver Creek, and Avon.

A project of the nonprofit Vail Valley Foundation, the Vail Dance Festival began in 1989 as an opportunity to host the Bolshoi Ballet Academy at the newly opened Gerald R. Ford Amphitheater following an unexpected cancellation in their tour schedule. The festival has grown in popularity ever since and has earned a reputation as one of the premiere destinations in the world for dance. 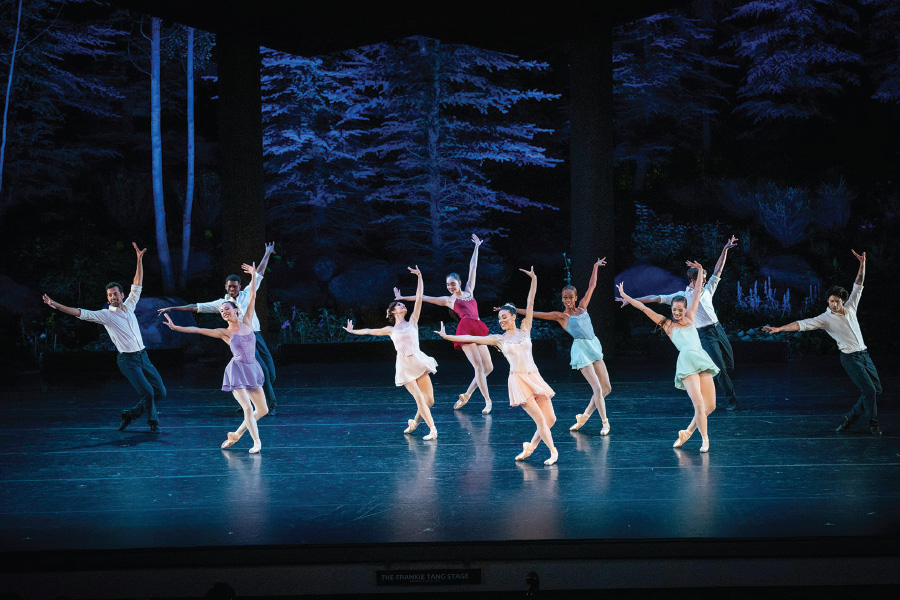 Since 2006, Damian Woetzel, the festival’s artistic director, has taken the event to new heights with the addition of NOW: Premieres, the UpClose series, a roster of international dance stars, and YouthPower365’s Celebrate the Beat educational dance program for Eagle County students. A former New York City Ballet principal dancer himself, Woetzel champions unique collaborations and partnerships in choreography, placing Vail on the world stage of dance among the likes of New York, Paris, and London.

“We have become much more than a dance festival,” Woetzel says, “We are really a kind of high-altitude dance lab, uniquely placed in the heart of the Colorado Rockies. Audiences reap the benefits of this unique festival by enjoying all types of music, dancers, and performances—crossing their own genres to create new and unique performances.” Festival programming includes a bevy of styles ranging from ballet to ballroom and beyond. Each year includes several new works created for the festival receiving their world debuts at NOW: Premieres on August 8. This year, the 100th world premiere dance commission under Damian Woetzel’s leadership will happen on closing night, “Dance for $20.22” on August 9; as the name implies reserved pavilion seating is priced at $20.22, and general admission lawn tickets are $10.22. 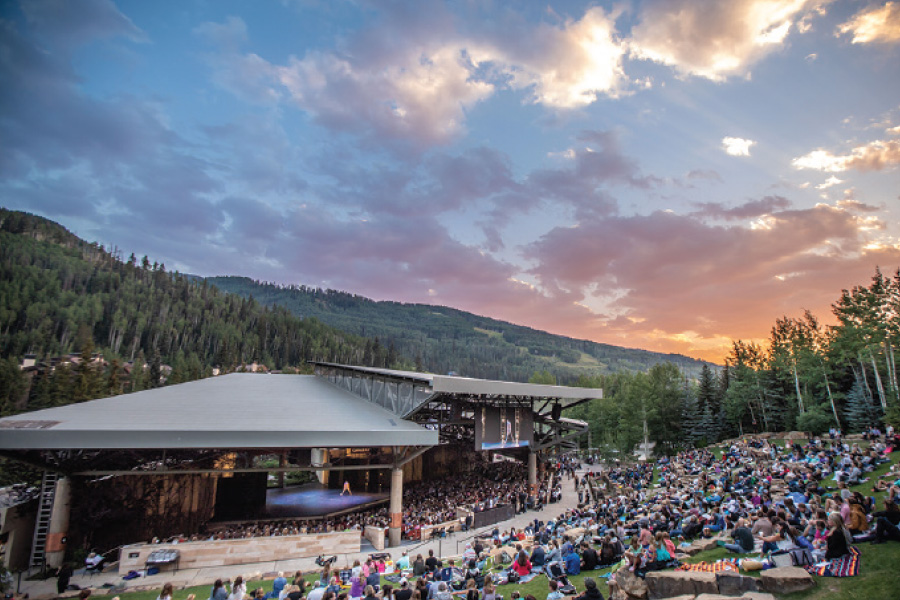 Ticket prices range from $27 to $150, and the festival also offers several free performances.

You may have heard of or attended the famous Colorado Mountain Winefest or Palisade Peach Festival, but here’s a different take on exploring Colorado’s Western Slope.

In the spring of 2009, Lavender growers across Colorado created the nonprofit organization, which, in 2018, became the Lavender Association of Colorado (LAC) to encompass the whole state. To help further the LAC’s mission to promote lavender as an alternative cash crop in Colorado through education and research, the group began sharing its work through the annual Colorado Lavender Festival, now in its 11th year.

The festival promotes the arts as well, incorporating a competition that determines a winning piece that is used as the signature poster for the event. This year, Nancy Lewis created the oil-on-canvas Phenomenal Lavender. She’ll sign commemorative posters at the festival on Saturday.

The weekend begins June 24 with self-guided (although ticketed) farm tours; guests can visit select farms in the Grand Valley (Palisade and Grand Junction) and North Fork Valley that will offer activities to immerse visitors in various aspects of lavender plus lunch. On June 25, a $5 entry fee allows access to booths, crafts, seminars, wreath making class, and live music in Palisades’ Riverbend Park. Sunday is a day for open houses at area farms and businesses.

Celebrating 33 years of visual inspiration, Castle Rock Artfest attracts artists from across the country who apply to display their work in the unique blind-juried art show, which Pam Ridler, president and CEO of the Castle Rock Chamber of Commerce, says, “means that the judges only see the art, not the names of the artists. The idea is to focus on the art, not the artist. We continually welcome some of the best artists from around the country, including Colorado, of course, with 10 spots each year.” 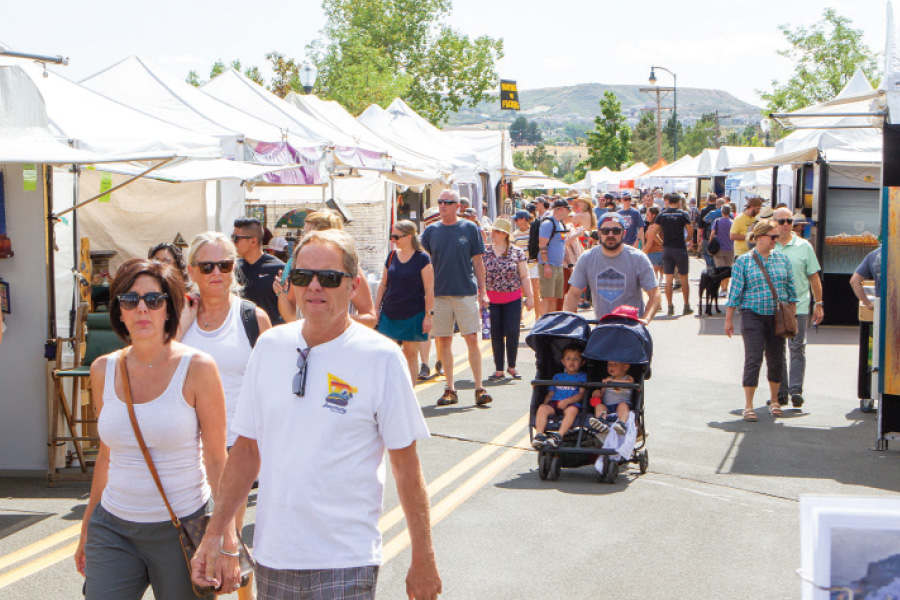 The Chamber hosts the free Artfest each year the weekend after Labor Day. It has become a summertime tradition for residents and art enthusiasts alike. This esteemed community art festival continues to highlight the talents of exhibitors displaying a wide range of works from life-size sculptures to photography and jewelry. The fine art exhibitors compete for three top prizes during the show.

“We also make sure that there is a price point for all art lovers,” says Ridler. “In addition to fine art, Artfest also incorporates performance art, culinary art, and a fun interactive Imagination Zone for children. There really is something for everyone to enjoy during the weekend.”

Artfest takes place in historic Castle Rock’s quaint downtown along Perry Street and by Festival Park with an average of 20,000 attendees during the weekend. Festival-goers enjoy continuous live main stage entertainment, featuring popular musicians that provide an exciting backdrop to the artist booths. There are also strolling entertainers, the Artsfest store, and a silent auction during the event.

“Our art genres change from year to year,” says Ridler. “I’ve personally seen an increase in mixed-media art and sculpture. It’s a wonderful way to bring art lovers and families in from across the state.”

Now in its 30th year, the Rocky Mountain Folks Festival attracts a unique and popular lineup of talent to Lyons. This year’s performers include Bruce Hornsby & the Noisemakers, Ani DeFranco, Indigo Girls, The Wailin’ Jennys, John Craigie, Mick Flannery, Courtney Hartman, and more. Find a seat along the St. Vrain River for epic performances on the main stage and intimate sets in the Wildflower Pavilion and enjoy local food and beverage vendors along with craft artisans during the event. 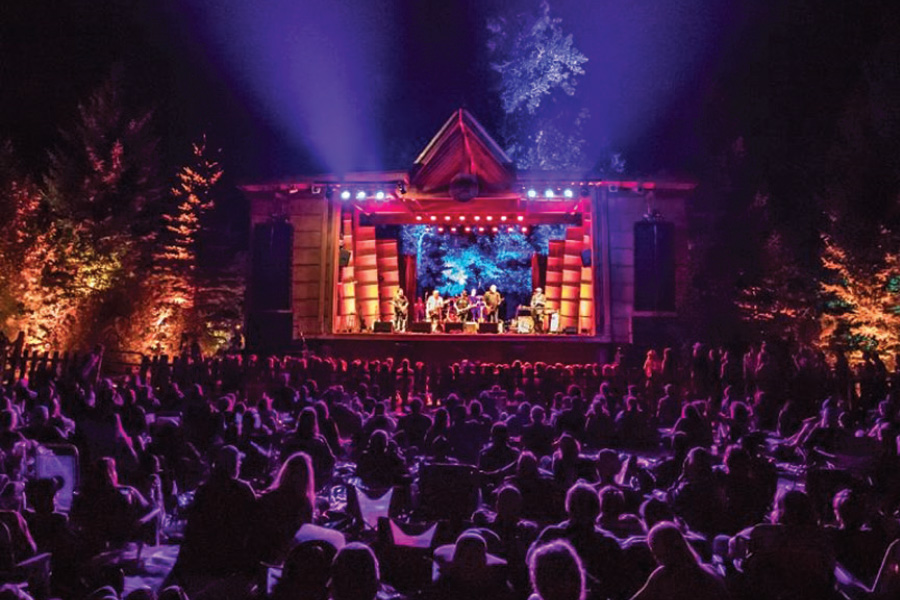 In addition to great music, the “Summit on the Song” brings together some favorite songwriters of all genres to the Planet Bluegrass Ranch in Lyons for three days of music, camping, and inspiration. Throughout the Folks Festival, there are performances, songwriter in-the-round sessions, and workshops in the beautiful 300-seat Wildflower Pavilion. These indoor performances are a wonderful opportunity to interact more closely with many of the festival artists.

Another unique aspect of the Folks Festival is the Songwriter Showcase, a nationally recognized singer–songwriter competition that is open to anyone who writes and performs original music and who is not currently signed to a major recording or publishing deal. Contestants are judged on the quality of the song’s composition, vocal delivery, and the overall performance, and anyone interested can apply online.

Join in the fun and be a part of Colorado history as the State Fair celebrates 150 years this summer in Pueblo. Whether you go every year or it’s been a while, this year is the perfect year to enjoy celebrating Colorado’s Western Heritage alongside the 450,000–500,000 people who annually attend this uniquely Colorado event, set on more than 100 acres of land.

“Our giant sand sculpture is back,” says Devin Vaughn, director of programming and partnerships for the fair. “Patrons love this free attraction. We start with 300 tons of sand and an amazing sculpture emerges by the end of the fair. Make sure you visit at the beginning and then the end to see the progress.”

The Colorado State Fair hosts competitions for 11 days, including poetry, photography, baking, garden harvesting, and brewing. In addition, each year, some of the biggest music stars headline the main stage. Walker Hayes performs August 27. Catch comedian Jim Gaffigan August 28 and Priscilla Block opening for Lady A September 2. More great acts will be announced throughout the summer.

County and state fairs were originally created to highlight the hard work of children in the 4-H program and Future Farmers of America, who spend the previous year raising their animals and then showing them during the fair. And then there are the cowboys and cowgirls. The Rodeo is one of the oldest and most classic attractions at the fair; competitions include bronc riding, bull riding, team roping, and barrel racing, among others. 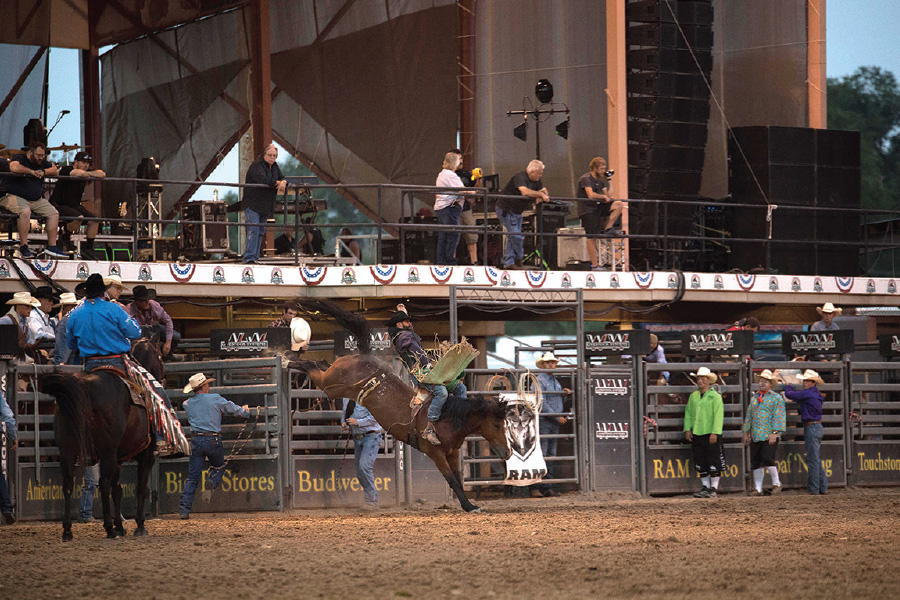 If you’re not into rodeos, try two of the most popular events at the Colorado State Fair: the Demolition Derby and Toughest Monster Truck Tour. Motorsports fan rave about these two shows every year.

There are plenty of free attractions at the fair, too, including the mammoth trade show and shopping center featuring handcrafted jewelry, clothing, sculptures, paintings, and booths and booths of toys. Tour the State Fair Museum for a look back at 150 years of the fair, enjoy various parades, animal races, a petting zoo, and the Great American High Dive Show. These trained divers perform impressive diving stunts on extremely high platforms throughout the fair. 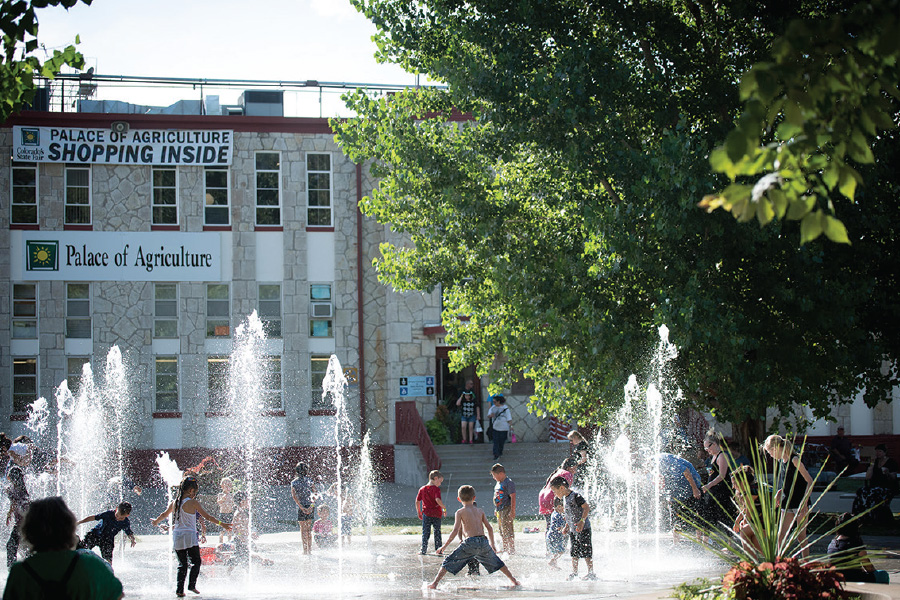 “Another free attraction this year is the ‘Canine Stars.’ This talented group of rescue dogs are home-grown in Colorado and were on the last season of America’s Got Talent,” says Vaughn.

“We strive to be accessible to all our Colorado residents from $2 Tuesdays to Senior Days,” adds Vaughn. “Check our website on the Deals and Discounts page before and during the fair.”