On most days, even as we approach the first days of true winter, Colorado’s mild climate allows for most everyone to enjoy their favorite hobby or pastime in the great outdoors, to take a deep breath of that crisp, mountain air that brings us out in droves.

Even Visit Colorado Springs, the city’s tourism authority, alludes to the fact that the area enjoys “an average of 300 days of deep blue skies, abundant sunshine, and low humidity.”

Well, that leaves approximately 65 days when we’re not surrounded by all of that sunlit natural beauty. And a few of those are just miserable, especially in November and December, what with wind-driven snow and subfreezing temperatures that don’t provide for much joy outdoors in such elements.

So then what? Maybe you’re not the type to sit around at home, drink hot cocoa, binge watch the hottest show on Netflix, and lay back while Colorado’s brilliant winter forces rage outside.

You can still get your activity on, from swinging a golf club, safely driving at heart-pounding speeds, or rappelling down a rope, just to name a few, as a bevy of indoor venues give all of us a chance to control our climate.

Grip It, Rip It, Without Frostbite

Nothing beats the feeling of watching a well-struck golf ball sail perfectly down the center of the fairway. Well, throw in a little snow and wind, and your favorite course will probably be shut down for the day or longer.

Earlier this year, TopGolf put an end to that potential predicament when it opened its latest indoor facility in far northern Colorado Springs, featuring a two-level, 74-bay driving range, which is heated and available year-round.

Previously, year-round indoor golf in the semi-immediate area was available only at TopGolf venues in Centennial and Thornton.

Likewise, climbers may not want to sacrifice their safety when it’s way too chilly and/or messy to take on the great outdoors. With that in mind, Gripstone Climbing and Fitness recently joined the mix as the city’s fourth indoor climbing gym, opening in December 2020 on the Powers corridor in northeast Colorado Springs, and the team behind it is certainly looking forward to a first full winter season this time around.

“We absolutely see an increase in foot traffic on bad weather days,” says Nathan Zwerling, the operations director at Gripstone. “both because of the changing seasons and also due to intermittent weather issues that just soak everyone outside. Whether it’s too hot or too cold to climb outside, it’s always just right in our facility.”

At 50 feet in height, Gripstone is not only one tall drink of water, but it also offers several climbing disciplines, such as top rope, bouldering, and lead climbing as well as the only Olympic-caliber speed climbing wall in Colorado. 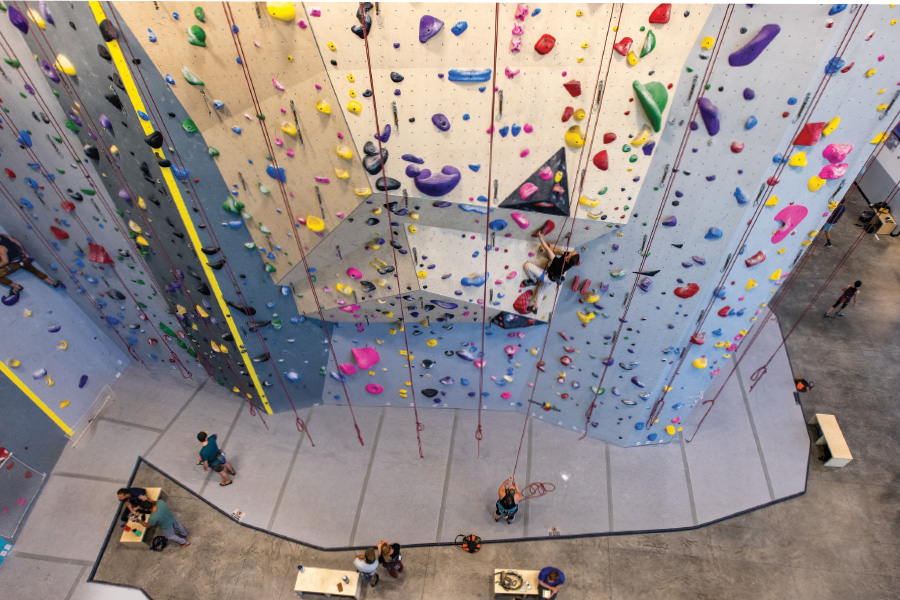 Take a Drive on the Wild Side

Ask any resident of these parts, and they’ll tell you driving, even on a good day, can be an adventure.

Throw in a little Mother Nature in the wintertime, and that adventure becomes even more extreme. So how about a driving adventure that’s 100% certified fun without the elements or possibilities of tempers, tow trucks, and law enforcement becoming involved?

Overdrive Raceway has seen the seasons change and the denizens flock to the northern Colorado Springs facility when just about any activity outdoors is not a good idea.

“We do notice that we get busier on days when it snows as long as the roads are safe to travel,” said James Mundle Jr., Overdrive’s general manager. “Our guests that we see during these times are looking for entertainment when, typically, people would consider themselves stuck at home. We provide something where people can get out of the cold and have an activity to do with friends and family that aren’t ever impacted by weather.” 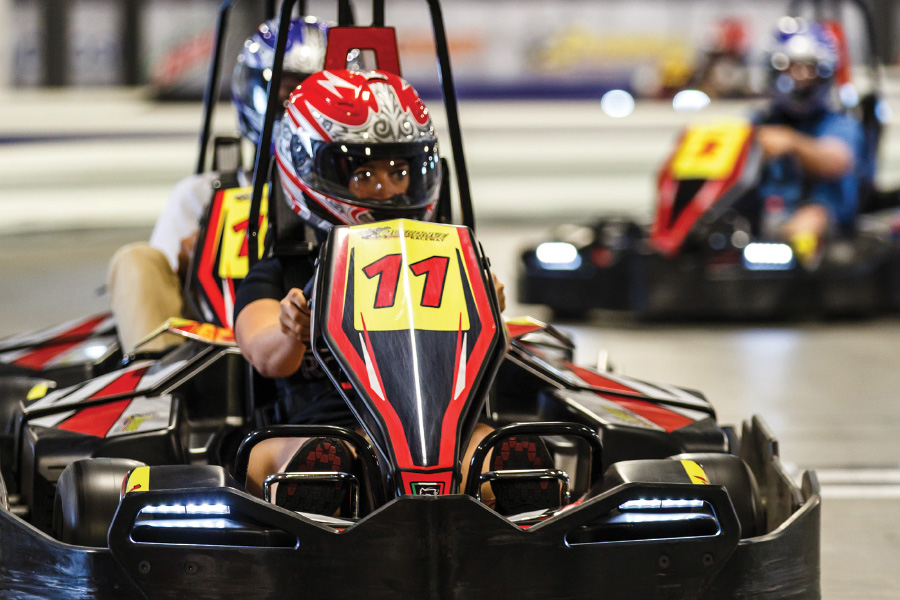